Skip to content
review: let me down easy
theater (reviews)

review: let me down easy

Let Me Down Easy 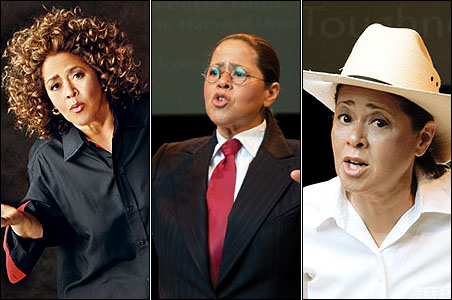 When you attend an Anna Deavere Smith-crafted show you see not one character but scores.  Sure, this actress can submerge herself delightfully into a single character crafted by someone else in movie and television properties.  In particular, I consider the ongoing delights of her Aaron Sorkin-penned roles The American President and The West Wing and currently her role in the Edie Falco television vehicle Nurse Jackie.  This evening at Arena Stage‘s magnificently rehabilitated and re-conceptualized space (now formally called The Mead Center for American Theater) is my first opportunity to see one of Smith’s deeply researched, dramatically nuanced assemblages of many characters out of a real time and space. This show, the most recent the series that Ms. Smith has been crafting since the 1980s, presents shards of the American experience addressing the universal experiences associated with illness, health care, and end of life questions.  This newest piece began life at Second Stage Theatre in New York city and continues life in our nation’s capital.  And it is transporting.

Smith has extracted magnificent theatre and has crafted a superb show arc from the stories of  20 named individuals and scores of others interviewed, incorporated, absorbed in her pursuit of personal answers to specific questions, in the case of this show, about health and considering end of life.  As in shows by other master storytellers in this vein (Lily Tomlin and Whoopi Goldberg come to mind), Smith doesn’t just tell but embodies.  She treats us to her  actor’s keen sense of which physical trait, which vocal tic, which rhythmic delivery to specify.  A beautiful woman — Smith does not add moustaches or fat suits or fancy makeup to climb into the skin of the people whose stories she will share with us.  Rather, with costumer designer Ann Hould-Ward she hones her presentations of men and women with carefully chosen costume pieces to augment — a jacket added, a tie clipped on, a cowboy hat for a bull rider, an apron tied backward over slacks to evoke a skirt. Carefully selected and paced stories (from superficially reflective to ministers) provide poetic resonance. Grace.  End of life.  Lives.

Tears, laughter, visits with old friends (as Ann Richards) and people whose stories we would never otherwise have heard at all.  The title of this master work comes from Union Theological Seminary professor James H. Cone, in the initial story, considering the meaning of those words in blues and spirituals.  We return to the phrase when television film critic Joel Siegel ponders the words as an image of gentle final rest, whether or not involving the hand of a god.  Finally, other words from the many individuals we meet in this piece of practical and spiritual discovery.