reading ruminations: a song at twilight 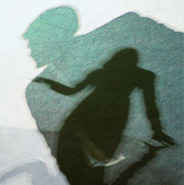 In a week of cabaret and a flurry of Broadway shows, I look forward to this reading I have long anticipated as part of the Noël Coward in New York events in New York City. I’m an appreciator of staged readings both as an audience member and as a dramaturg accustomed to works in development and in rehearsal. Often I am quite pleased to forego fancy production values to focus exclusively on small movements and the rise and fall and nuanced articulation of a playwright’s words. And in this case, presented by The Acting Company and exquisite actors, we enjoy Coward’s last full length play — A Song at Twilight. Written in 1966 when Coward (1899-1973) was himself singing his own song of twilight, this play is (and this reading was) resonant and a sweet delight on many levels.

Just the day before, as circumstance would have it, I attended a full production of Tennessee Williams‘ last play, left unfinished at his death. To that raucous, fractured play I could react as an audience member and in my review academically and dramaturgically. Rather than existing as an engaging theatrical work on its own, In Masks Outrageous and Austere, I contend, is best understood in the context of the balance of Williams’ works. As with much of Williams’ later works the contextual analysis is essential to see the value in the shards and the experiments.

This requirement of context-for-understanding is not at all applicable to Coward’s spare, exquisitely crafted, masterful A Song at Twilight. The master takes us on a mature journey,  self-contained and dramatically effective, though inspired I learn, by a real situation. A perusal of Barry Day’s 2007 volume of Coward’s letters provides Coward’s real-life inspirations for the piece on pages 729 and 730.

Moderately successful writer Hugo (John Glover) has been living for some time in a Swiss hotel with Hilde (Marthe Keller), his German-born wife of many years who began as his secretary and German translator.  There is a small part for an attendant/steward/waiter character Felix (Nicholas Carriere), who serves as eye candy, a hint at the class context of our characters, and the object of some calm yearning banter from Hugo when they are alone. Visiting old flame Carlotta Gray (Lisa Barnes) flits, verbally jousts, and solicits permission from Hugo to provide some of his old letters written to a young male love of his that came into Carlotta’s possession at that man’s death. The legalities of correspondence ownership are elegantly presented (they belong to the person to whom they are sent), and are a lynchpin of these quietly dramatic events.  Carlotta wants that permission for the use of Hugo’s early earnest letters to her, and in exchange will provide to Hugo these old letters revealing a true and real love between the two men. The women Carlotta and Hilde are written to quite clearly not care about the homosexual nature of Hugo’s old relationship — it is in the past and they are clear about their relationships to Hugo and their modern sensibilities about it all. They know Hugo better than he knows himself. This play is about a man grappling with his own deeply closeted life, and how he wants to be perceived publicly. A lovely and delicate piece of its own time in the late 1960s, yet for all time.  In the hands of these particular actors, we have a quiet, delicately balanced revelation.