Skip to content
Garcia Channels Bennett: “It’s All About the Material”
music

Garcia Channels Bennett: “It’s All About the Material”

[Original published in Theater Pizzazz, August 18, 2018.] The first show empties out, and a rapt audience of cabaret enthusiasts files into 54 Below for a late-night show featuring Eric […] 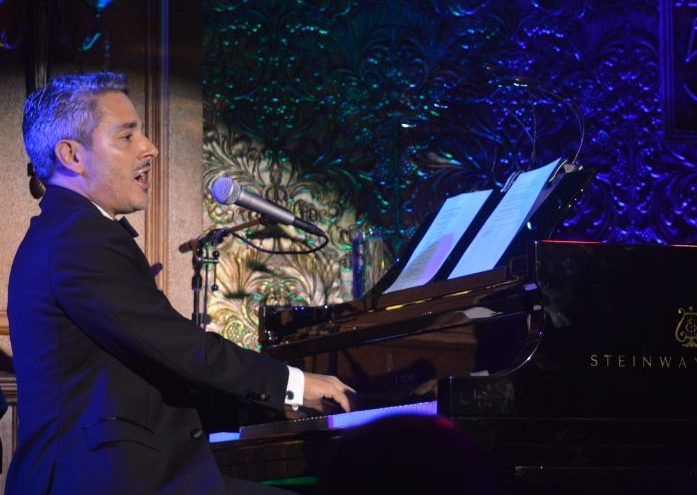 The first show empties out, and a rapt audience of cabaret enthusiasts files into 54 Below for a late-night show featuring Eric Yves Garcia honoring Tony Bennett. Garcia has built a following with regular gigs in piano bars around town and tonight he’s rolling out a new cabaret act. At his best, we are rapt by Garcia’s quiet singing style, often percussive piano playing, and his consciously meandering set (there are a number of last-minute additions, he tells us) designed to honor octogenarian performer Tony Bennett’s mastery of communicating material to his audiences. Garcia is a young man who can hold an audience with his humor and charm, exploring his vocal strengths and weaknesses, and experimenting with assembling a solo cabaret show.

This evening, our sensibilities as music fans are attuned to the passing of Aretha Franklin, Queen of Soul, at her Detroit home earlier in the day. Franklin, the great emotional communicator, is mentioned spiritually in Garcia’s show. It’s never about Bennett in his performances, Garcia will soon explain, but about delivering material and making audiences happy. In this Bennett tribute show showcasing songs from a varied recording career, Garcia mostly succeeds.

Garcia enters from the back of the room near the bar, delivering “The Moment of Truth” (Tex Satterwhite, Frank Scott), as the acapella first third of the first of several medleys in the show. A spotlight dramatically traces his entrance through the house. At the piano, he charms with the big swooping hopeful triumphant Steve Allen ballad “This Could Be the Start of Something Big,” resolving into the 1932 Harold Arlen-Ted Koehler masterpiece “I’ve Got the World on a String.” The build of this medley dramatically and tonally is masterful and a highlight of the evening, from solemn vocal solo to the rousing piano beat of Allen’s anthem to hope and possibility to the Arlen-Koehler paean to a happy life.

Garcia alerts us to several last-minute tweaks to his set list by Bebe Neuwirth in the 54 Below green room (she starred in the early show that evening), all of which focus on quiet vocals, gentle arrangements, smart lyrics. Neuwirth’s wisdom is a lesson of this act—she sees Garcia’s strengths. She champions an evening highlight, the Kurt Weill and Ogden Nash tune “Speak Low” that hugs Garcia’s style: “Will you speak low to me, speak love to me and soon.” Another grand last-minute addition is “You’re All the World to Me” (Burton Lane, Alan Jay Lerner) written for Fred Astaire in M-G-M’s Royal Wedding (1951), a sweet lyrical world tour that resolves, quietly, with a focus the beloved.

Harold Arlen features prominently in Bennett’s career and in the show. “When the Sun Comes Out” (which might work better in a gentler mode with Garcia’s vocals—it’s hard not to expect the big ballad vocal of his pal Judy Garland on this tune) and “House of Flowers” (with lyrics by Truman Capote—I wonder if “A Sleeping Bee” from the same show, House of Flowers, might better suit Garcia’s vocal range). “One For My Baby (And One More For The Road)” is, surprisingly, and not successfully, delivered more as a march than a somber reflection at the end of a night at a bar.

“For Once in My Life” (Ron Miller, Orlando Murden) made its way from a Motown song to a standard with Bennett’s 1967 recording of the tune, and Garcia’s delivers a solid, sweet, yearning delivery of this very adult love song. A medley of Duke Ellington tunes shift the balance toward the hard-driving piano delivery—“It Don’t Mean a Thing (If It Ain’t Got That Swing)” and “Prelude to a Kiss” and “In a Mellow Tone” and “Solitude”—and might play better in the razzmatazz of a piano bar than as part of cabaret act. 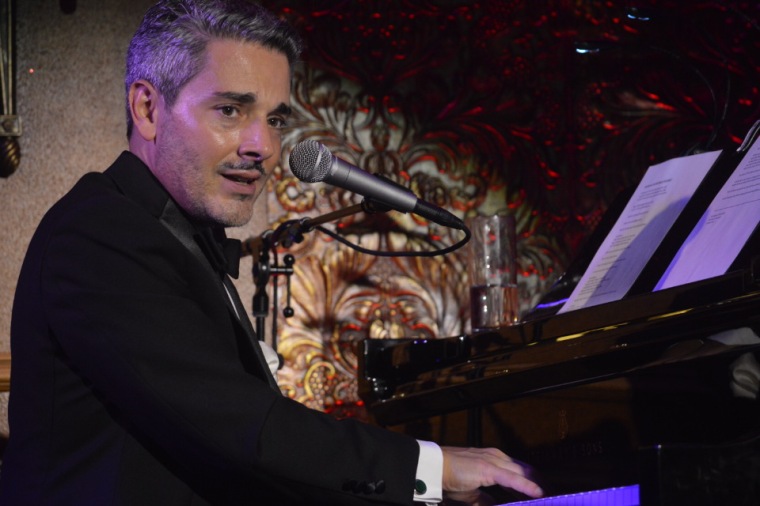 Highlights from Cy Coleman-Carolyn Leigh and Michel Legrand play in that same lyric-filled, haunting location where Garcia shines. “When in Rome” has witty lyrics with internal rhymes, smart melodies, and Garcia’s sweet delivery. “I’ve Got Your Number” is bantering perfection, and Michel Legrand’s marvelous “You Must Believe in Spring” (with English lyrics by Allan and Marilyn Bergman) moves us, quietly, through mature hope.

Garcia sets us up to appreciate the material Bennett selected—“it’s all about the material”—rather than a biography-filled set of patter. “This is not a show where we learn Cole Porter’s blood type,” he jokes. We discover what Neuwirth underscored in her set list suggestions: piano man Garcia has a strong left hand that can stride with the best of ‘em, a vocal instrument that excels in quiet ballads delivering the right-hand melody. In his sweet spot of expert playing, utilizing an occasional percussive baseline, sharp harmonies, and selectively-placed tender vocals, Garcia is a gem finding his luster.

Eric Yves Garcia’s “This Is All I Ask: The Songs of Tony Bennett” played at Feinstein’s/54 Below (254 West 54th Street, between Eighth Avenue and Broadway) on Thursday August 16 at 9:30pm. www.ericyvesgarcia.com