Simplifying, complicating, simplifying again. This has been a year of expanding and paring involvement on professional boards and projects, resuming old roles and assuming new ones. I continue into 2018 […] 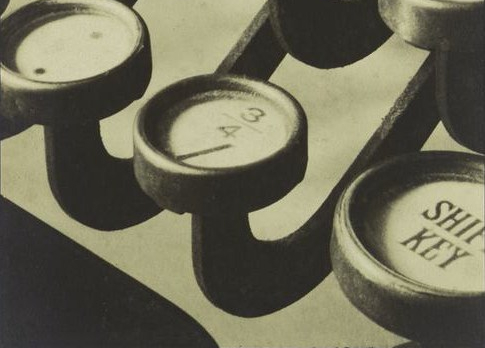 This has been a year of expanding and paring involvement on professional boards and projects, resuming old roles and assuming new ones. I continue into 2018 on the boards or executive committee of the American Theatre Critics Association and the Literary Managers and Dramaturgs of the Americas, and in a new role as a judge of the Henry Hewes Design Awards for the American Theatre Wing. While I retain membership in the League of Professional Theatre Women, this year I relinquished a position on the board.

I wrote theater-focused essays and reviews for a range of outlets including: The Clyde Fitch Report, TDF Stages, the OSF Prologue Magazine, HowlRound, The Brooklyn Rail, and Exeunt. I focused this year on exciting personalities, women in theater, plays in development, and reviews of current productions in New York and in several cities around the country. And I am finalizing the third in a series of reports I have authored since 2014 that examine playwright, director, designer, and stage manager hiring patterns, by gender, for major Off Broadway theaters. This newest Women Count report, to be published, as past editions have been, by the League of Professional Theatre Women, will cover seven seasons (2010-2011 through 2016-2017), 23 producing companies, and 700 productions. I and my project colleague Judith Binus appreciate the role LPTW has played to date publishing the completed Women Count reports on the organization web site.

I dramaturged, assisted, and just professionally encouraged (sometimes for pay, sometimes for personal pleasure) some entrancing playwrights and writers on projects ranging from plays and musicals in development to book draft editing sessions. I read scores of play scripts submitted to competitions (e.g. Harvardwood and the ATCA Steinberg and Osborn prizes) and play development programs (e.g. PlayPenn and O’Neill National Playwrights Conference).

I moderated and participated in professional panels and public conversations throughout the year. In February, I traveled to Ithaca, NY for the panel Careers Beyond Academia: Graduate Student Workshop, invited by Sara Warner and the Department of Performing & Media Arts at Cornell University. I participated in a Kidnap Road post-show chat with playwright Pirronne Yousefzadeh at La MaMa in April. In June, I opined about Tony nominations with Jeff Sweet and Jeff Haddow at The Coffee House, and participated via Skype on the panel “Dramaturgy Outside of the Theatre” at the LMDA Annual Conference in Berkeley, CA. I traveled to Chicago in October to participate in the Goodman Theatre’s Criticism in a Changing America seminar with fellow panelists Diep Tran, Jose Solis, Wei-Huan Chen, Lori Barcliff Baptista, and Kris Vire. In November, I was thrilled to moderate a a panel during an ATCA NYC meeting: “From Page to Stage: The Journey of A New Musical – The Band’s Visit” with music and lyric writer David Yazbek, book writer Itamar Moses, director David Cromer, and producer Orin Wolf. And I donned my dramaturg hat for a conversation later in November at Wingspace Theatrical Design in Brooklyn, Salon #41: Intellectual Property and the Theater, with projection designer Peter Nigrini, sound designer Jill BC Du Boff, United Scenic Artists National Business Agent Cecilia A. Friederichs, and intellectual property lawyer Matthew Tynan.

Viewing and planning and scheming and writing and talking about it all. Come on, 2018.